RCIA–Rite of Christian Initiation for Adults, also known as a Catholic Converter 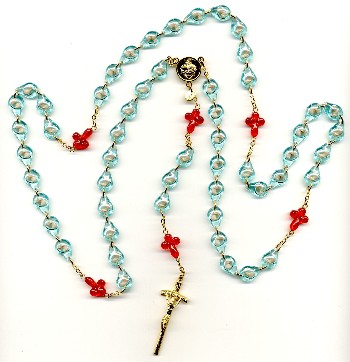 I’ve been an RCIA catechist since 2013 when I covered for my husband during an emergency session. Our son was refusing to go to high school. He decided he would stay home for the next three years and just take the GED to graduate. My husband and I were already in couples counselling, arguing about the mistakes we made with our daughter who had moved out to be with her heroin-addicted boyfriend. He, in turn, got our precious daughter addicted to heroin. We had convinced–begged and threatened–our son to see our therapist, and that night our son miraculously agreed. We decided Deacon Franco should be the one to take him, but that meant I had to cover for him, as it was an RCIA night, and the new convert was waiting.

I didn’t want to go. I just wanted to stay home and cry over the shamble our family had become. But Deacon Franco couldn’t be in two places at once, so I had to fill in, and all that training in the diaconate program instilled in me the importance of supporting my husband. My reasoning is very simple–I’d go to Hell if I didn’t support this holy man in becoming a deacon. Once he was a deacon, I’d go to Hell if I didn’t support him being a deacon. Supporting my husband in the diaconate is my ticket to heaven. So I went.

I knew the candidate. She used to babysit for our daughter. If there’s no consolation, there’s always irony.

The topic of discussion was Mary, the mother of Jesus. Here I am, filling in as a substitute RCIA catechist because of my poor motherhood skills, talking about The Mother to one of the substitute mothers of my daughter. I was so unprepared, unskilled, and inadequate, and all I could think of was to pull out my rosary from my purse and show the candidate the beads. The candidate had just given birth to her baby daughter who she wanted to baptize. She was here converting to the faith because she thought she should be baptized if she was going to get her daughter baptized.

But I focused on the graces of the rosary, the treasures of the church, and shared the relationship I had developed with Mary with this candidate who seemed to hang on my every word. She was interested in hearing more. She was interested in fondling the beads. She was interested in saying the prayers. I wasn’t used to talking about the faith to someone who was so eager to learn about it. I couldn’t instill this faith to my daughter, yet here was my daughter’s babysitter soaking it all up. This was my first scrutiny of the RCIA ministry, and the feeling of fullness, or doing something worthwhile and meaningful filled me.

When the hour had finished, I had fallen in love with this ministry, with the candidate, and with sharing my faith to an adult willing and eager to learn about it. From then on, I shared the ministry with my husband, taking turns each week. Now I share RCIA with our Pastor.

This year we’re working with a brother and sister, and yesterday was their First Scrutiny at Mass. They stood at the altar, received a blessing, and agreed to follow the faith. I probably will never be at peace over the failure I feel as a mother to my daughter, but as an RCIA catechist, I get the warm glow of accomplishing some good over leading someone on the right path.

In case you’re wondering, our son did go back to high school and graduated.